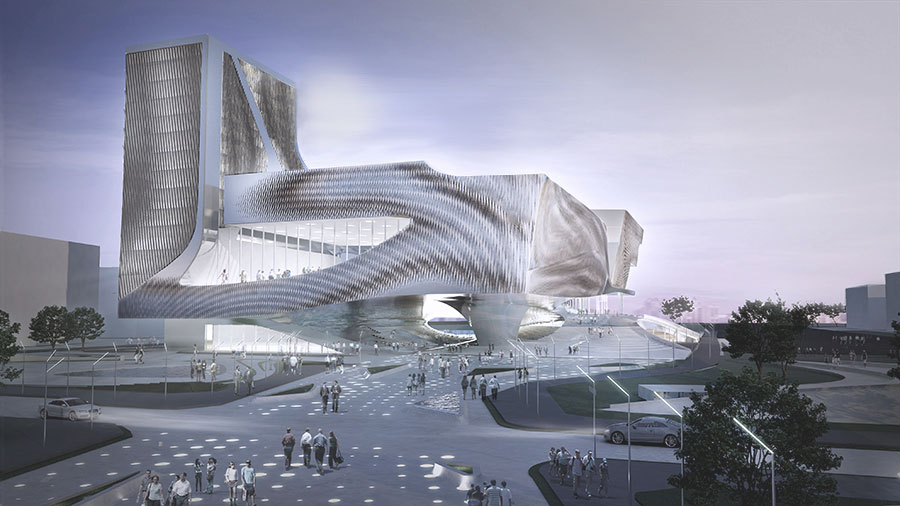 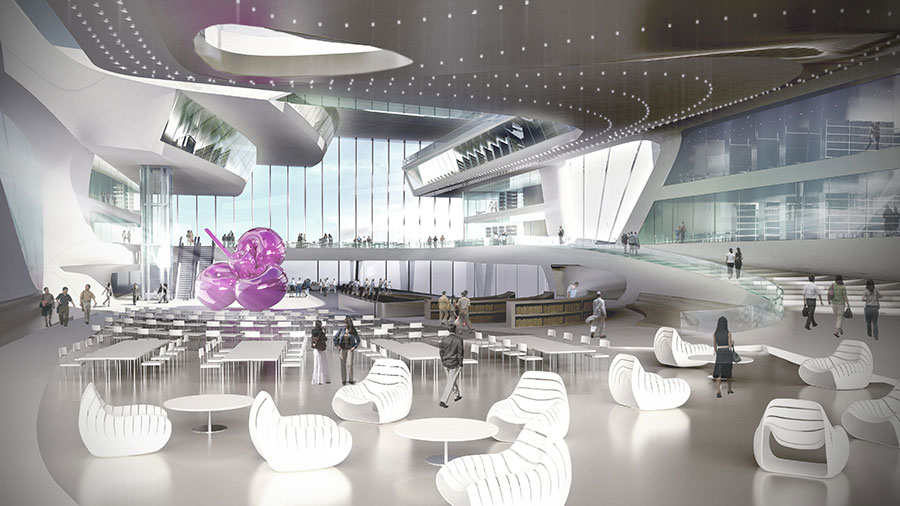 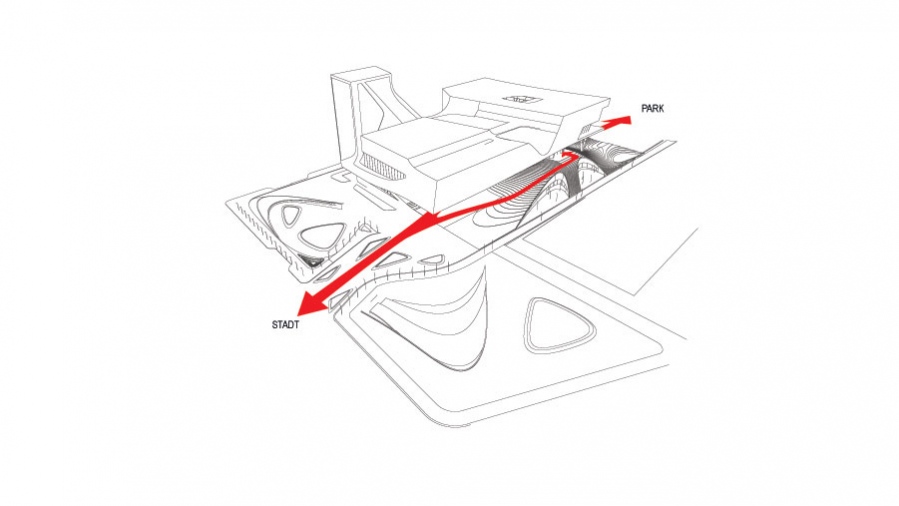 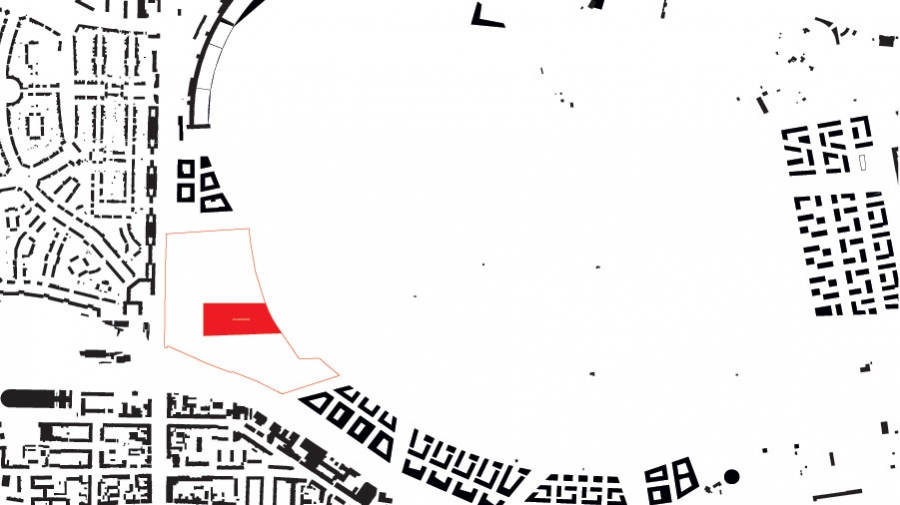 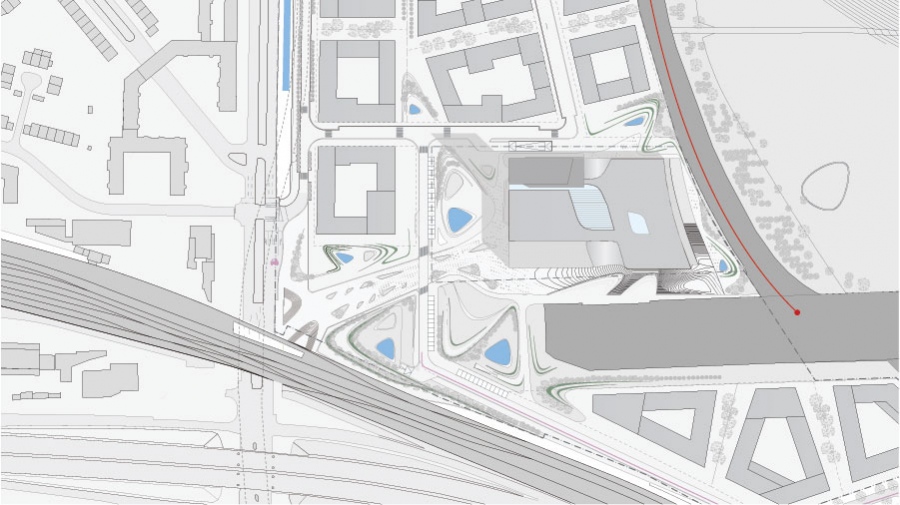 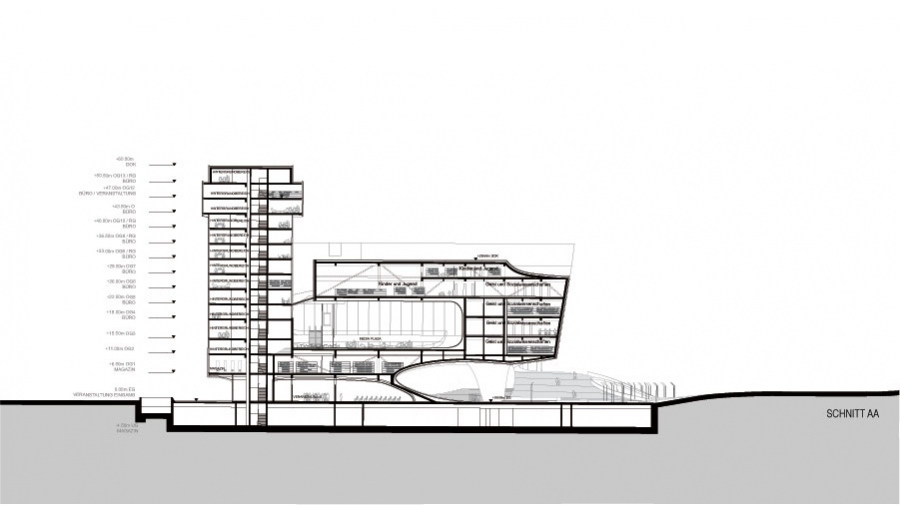 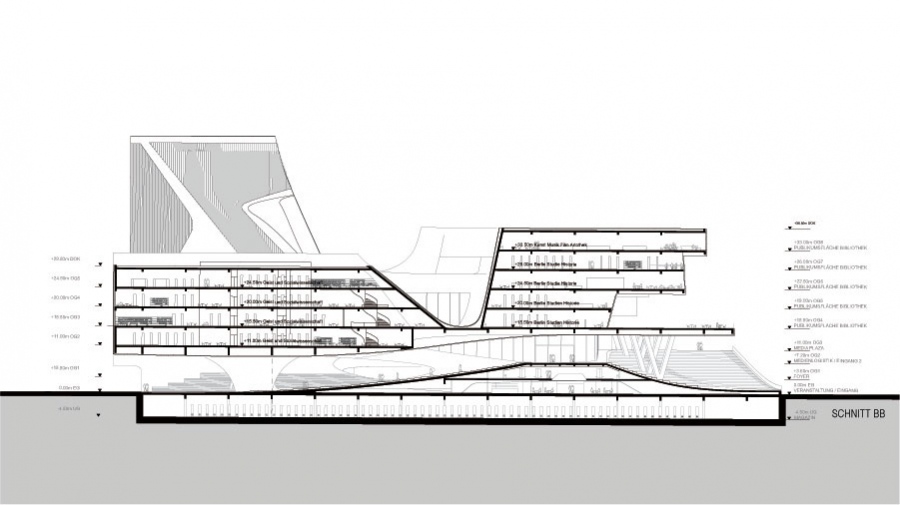 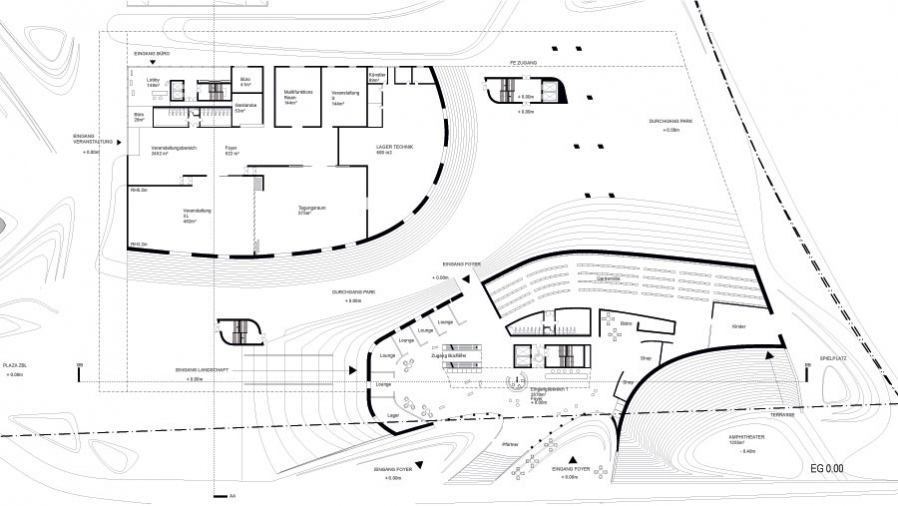 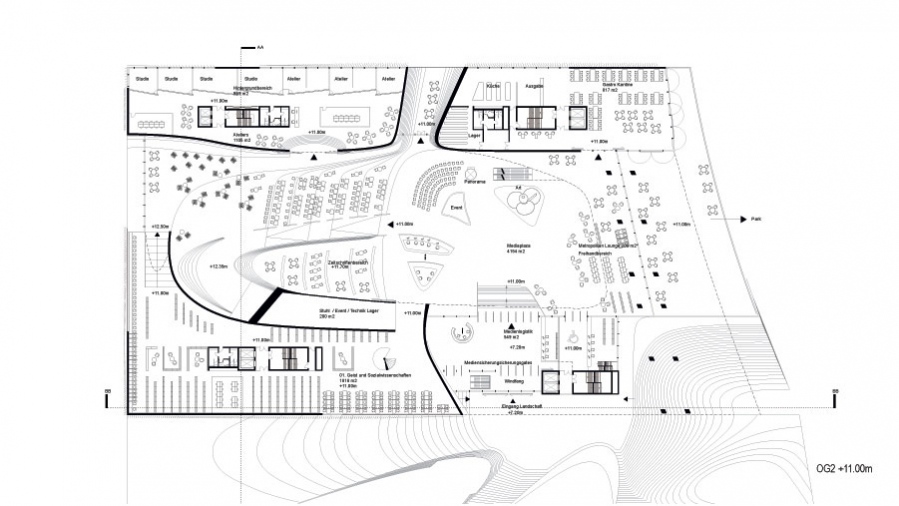 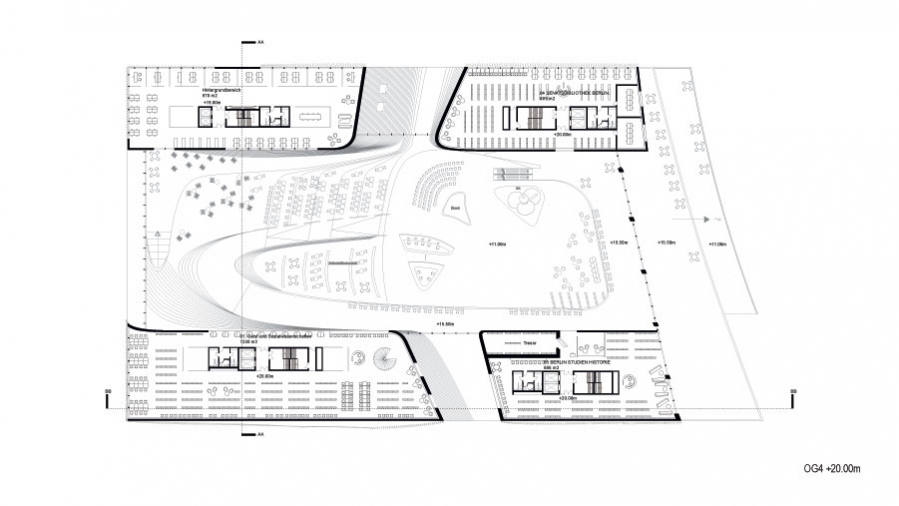 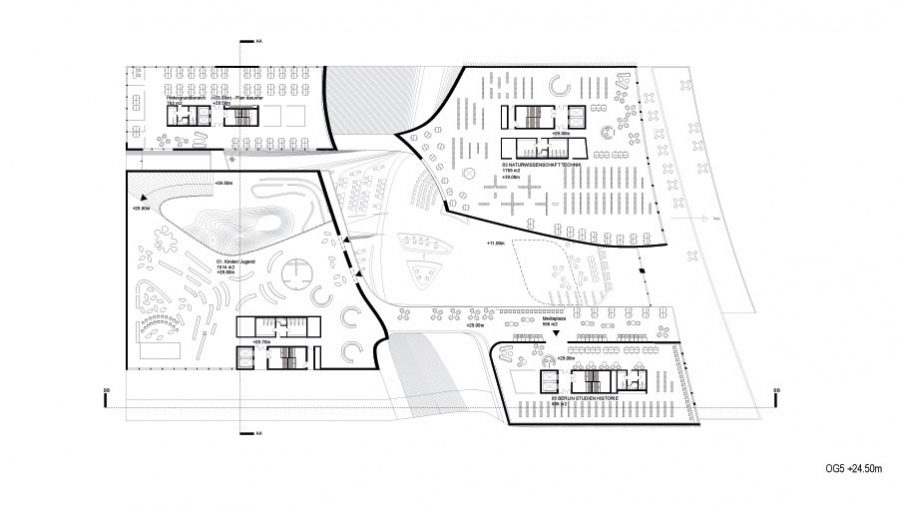 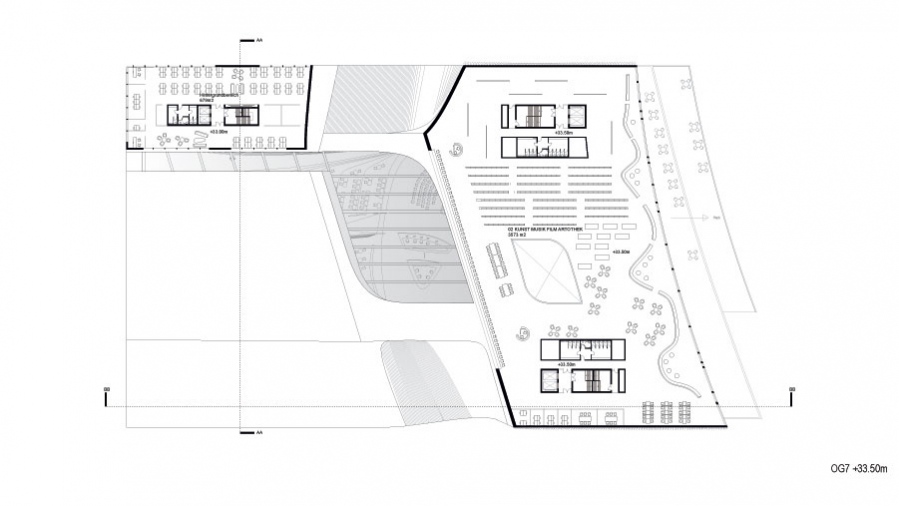 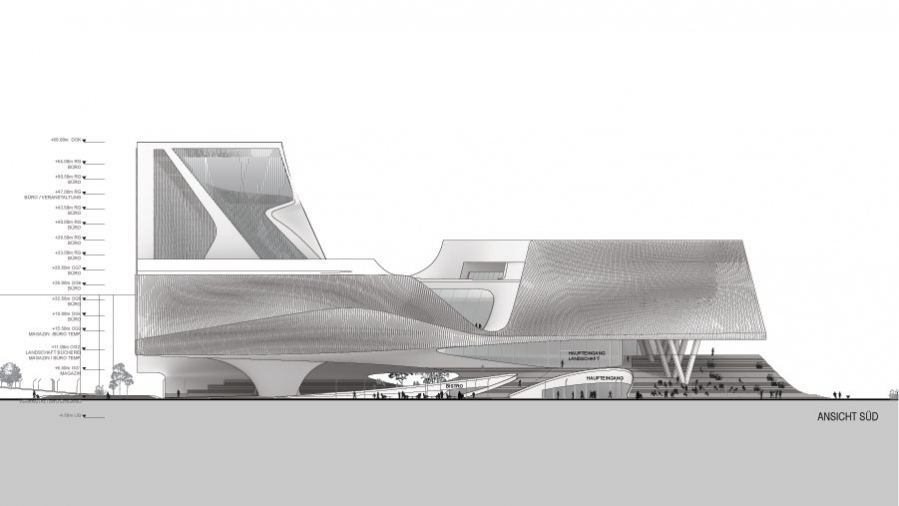 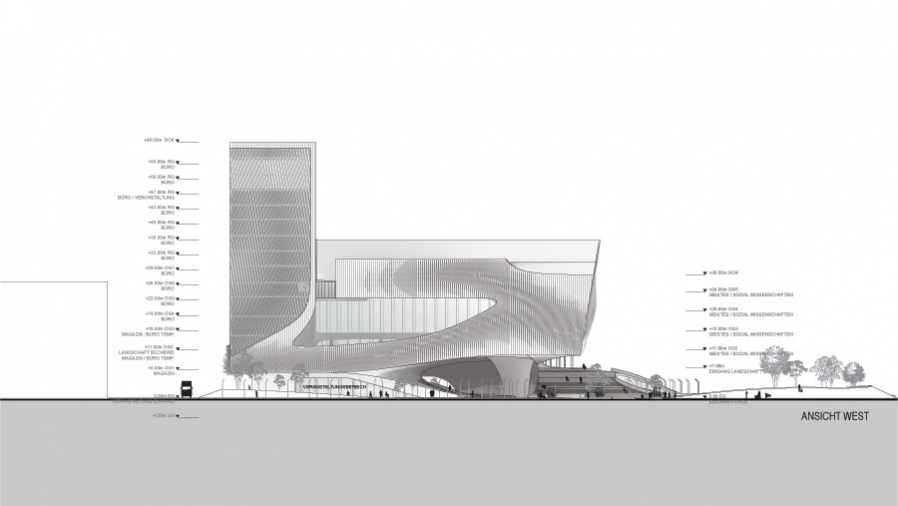 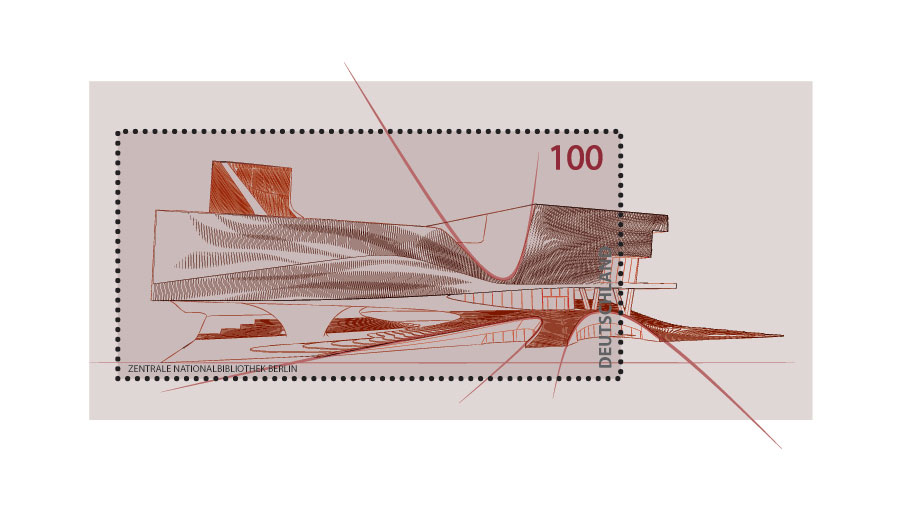 Informal Space. Sitting on the edge of former Berlin Airport Tempelhof and its vast exterior fields of post airport infrastructures such as relikt runways and empty terminal buildings we speculated (again) how spaces in this specific context could cater for exchange and dissemination of information. How coud design investigations and speculations save a tyology from becoming overly redundant. As we note information becomes omni present and immidiate trough advancement of technology. We suggest in this competition scheme to incorporate an informal vast space into the heart of the library picking up mutual social and unconditioned ways of transforming information into knowledge. The brief of the library spaces is organized as a four square grid orienting itself to the informal space in the center, which on both ends opens up towards the major public plaza to the front and to the park on the other side. Givven its scale and quality the informal space acts as an extension of the city securing a legacy of incoming visitors and viability of a typlogy in crisis.