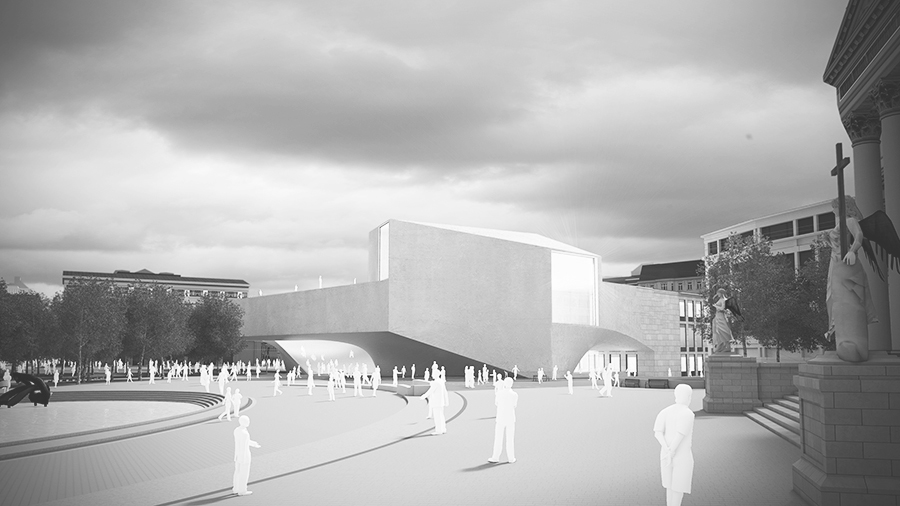 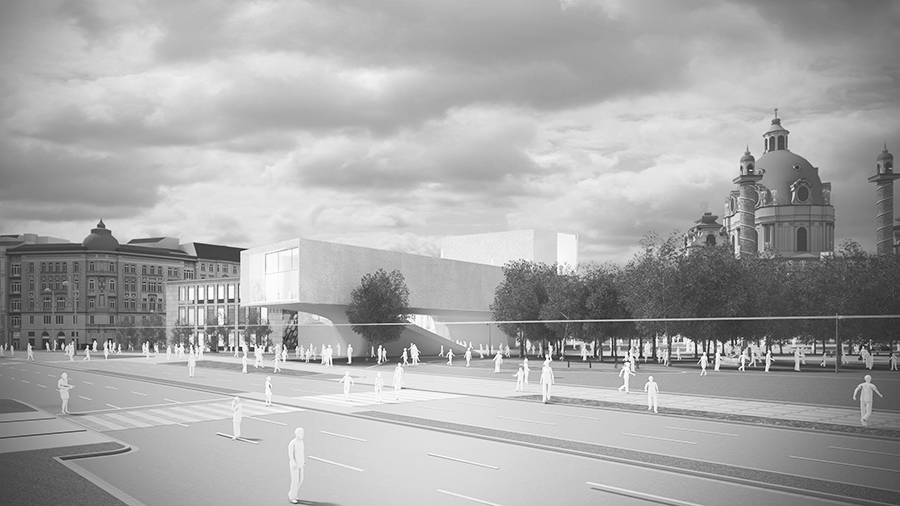 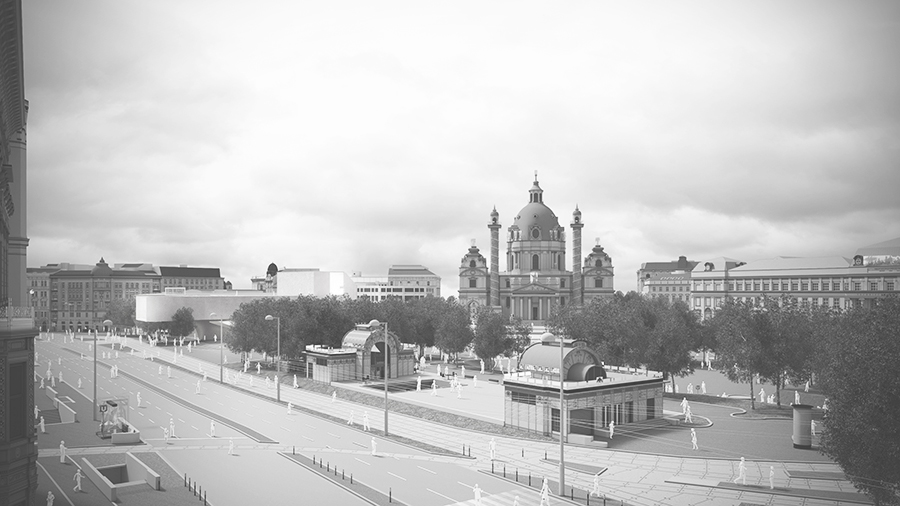 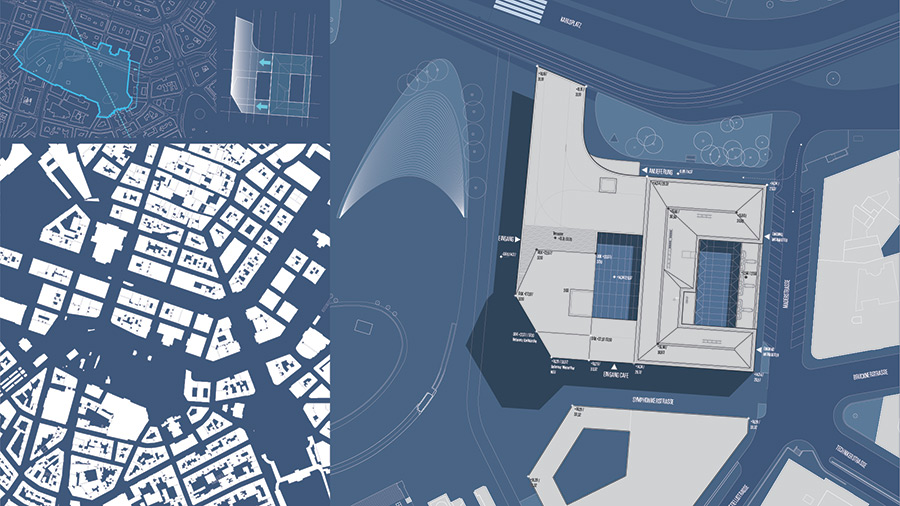 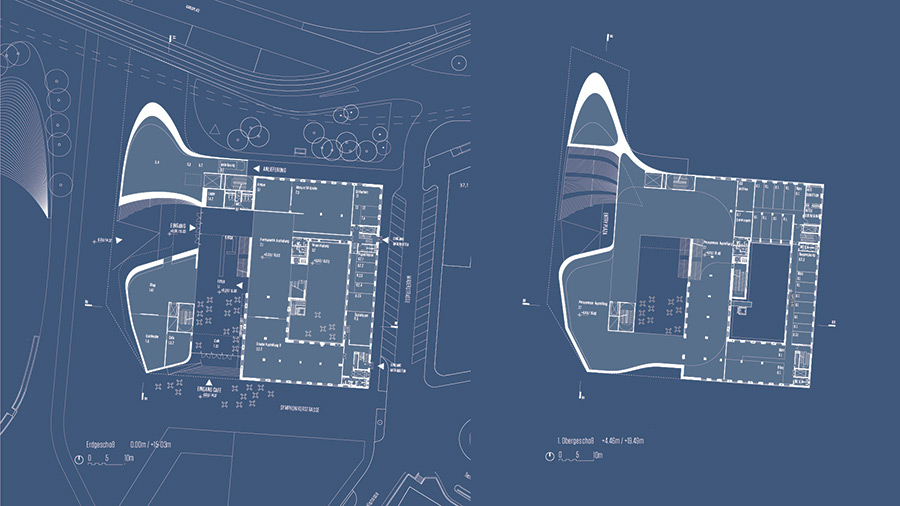 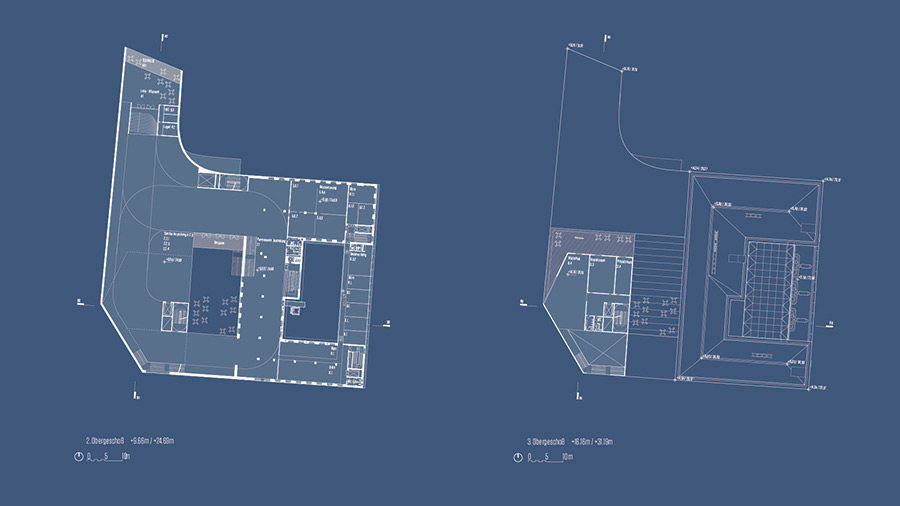 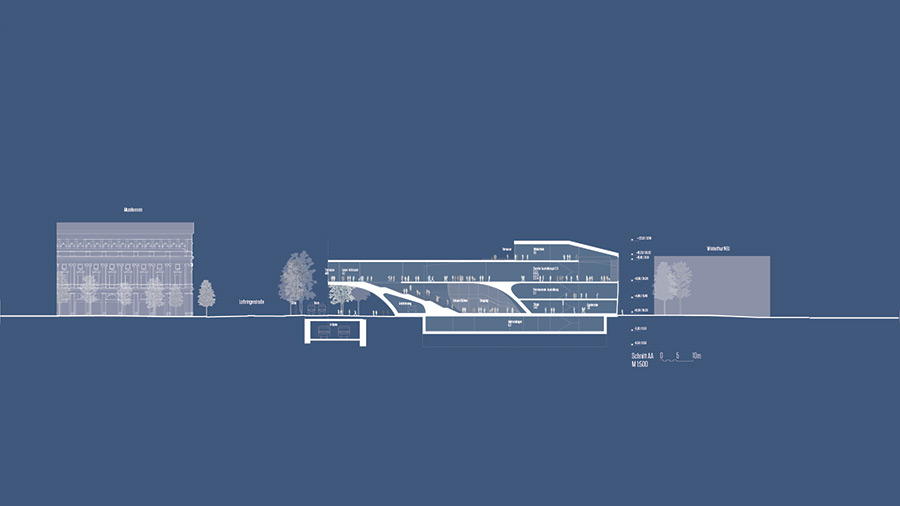 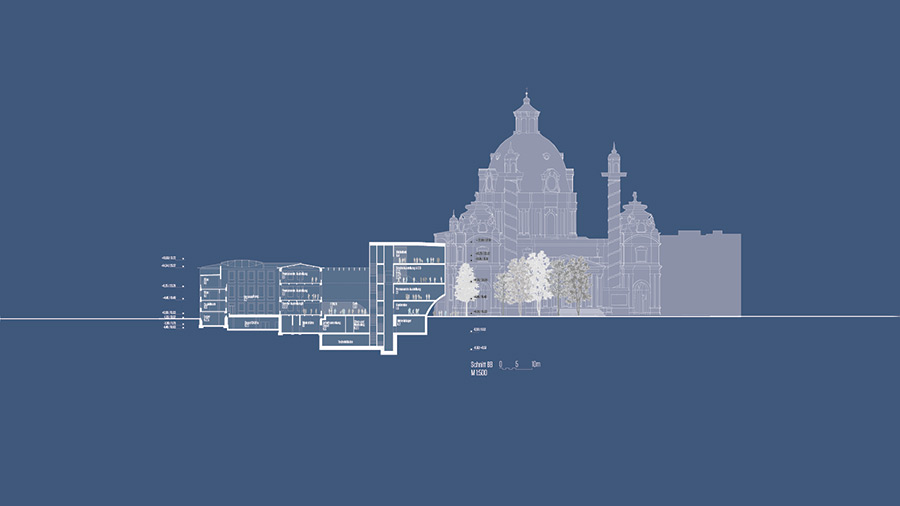 Our project Wien Museum Neu aims to synthesize different considerations into a new house of art - one which expands on its host as the first “Republik” institution of art; the Wien Museum. It holds the special role of being a primary provider of education and culture and cultivating more than just curatorial spaces but also spaces of engagement for the social and cultural stimulation. Conceptually, the project’s formal character derives from two organizational principles: first, with the creation of a tower mass and a raised plinth to reconcile the urban morphology of Karlsplatz, and second, to expand on the spatial order of the existing museum as a means to create a fluid connection between new and old.

In order to reconcile the historically disparate and competing proposals for redefining Karlsplatz, the urban strategy employed here focuses the presence of Karslkirche and re-emphasizes its axial relationship to the Opera while carving a clear zone for the extension of the Wien Museum. On the urban level, the addition of a tower and plinth mass serve to complete this axial relationship between Karlskirche and Karlsplatz and create a link to the Musikverein and the Künstlerhaus. The tower rises to match the Technische Universität mirrored, opposite of the existing Wien Museum, and create a classical urban frame for Karlskirche embedded in a continuous wall of buildings. The plinth extends to reshape the existing, disjunctive urban wall which enscribes Karlsplatz. These two masses reshape the figure-ground of the context and bring urban stability to the legibility of the public domain.