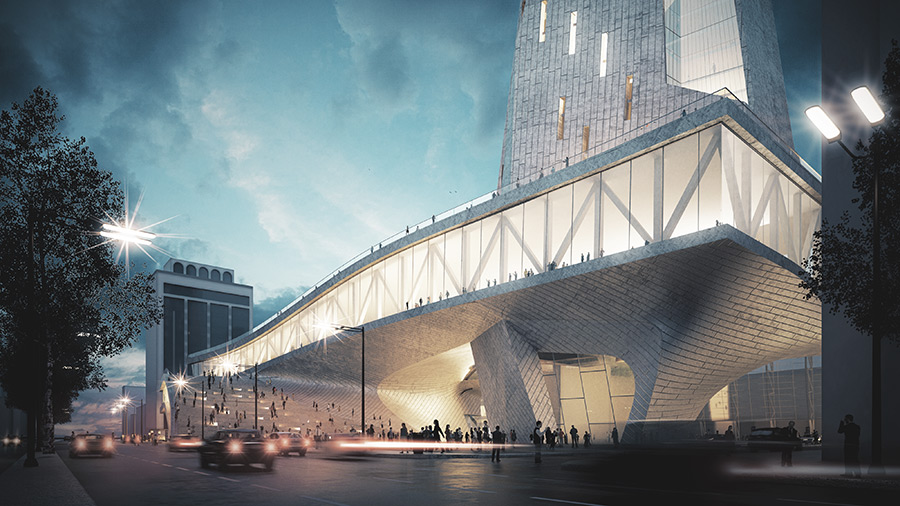 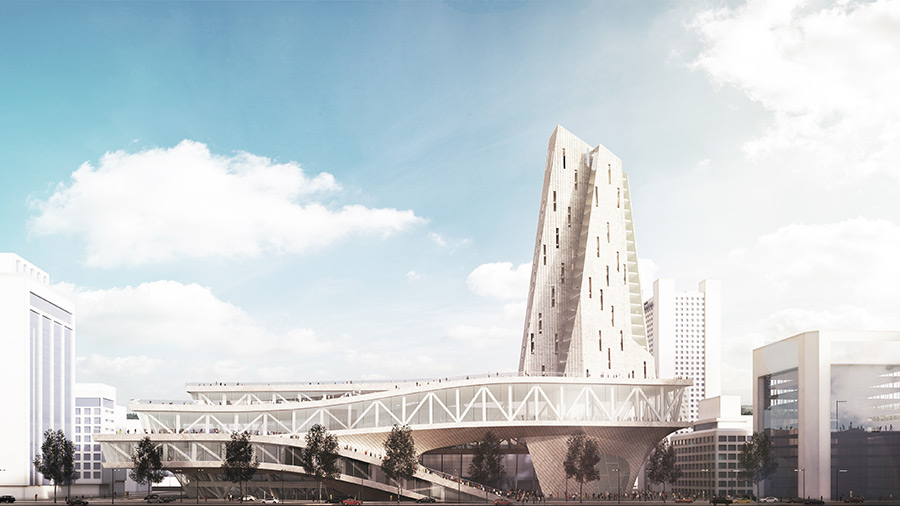 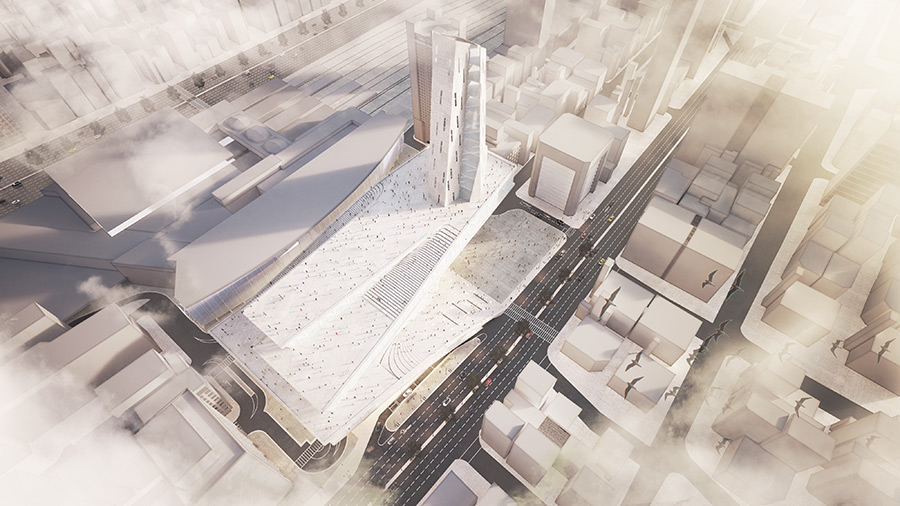 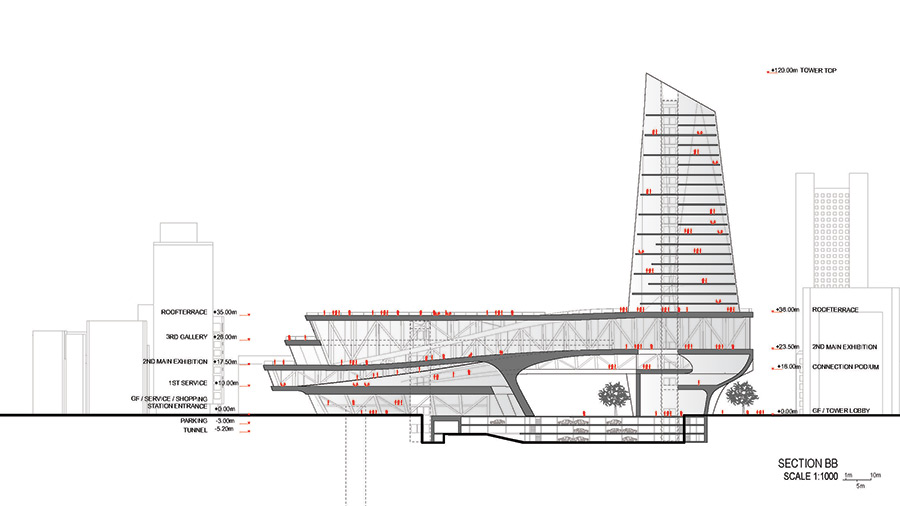 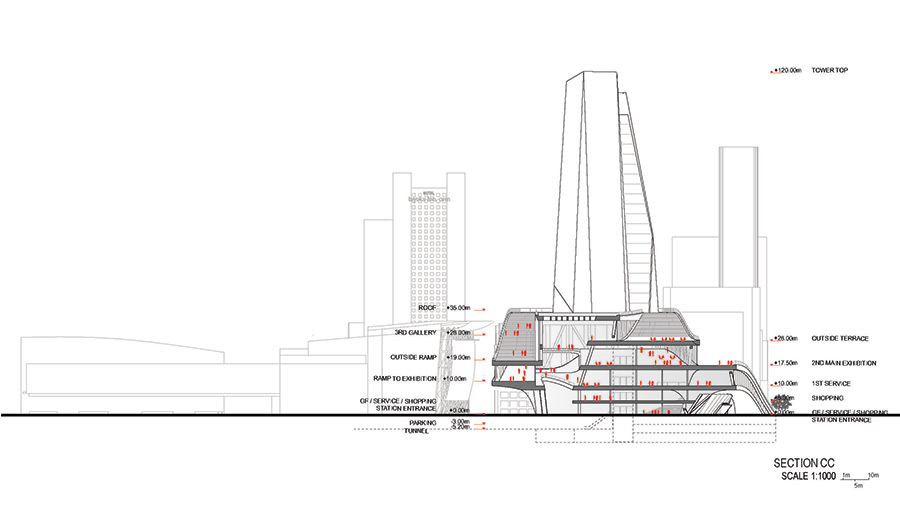 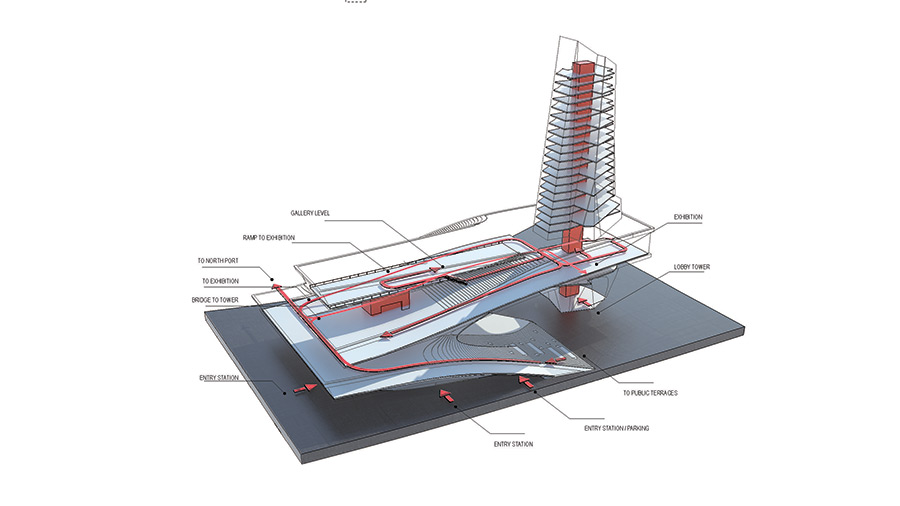 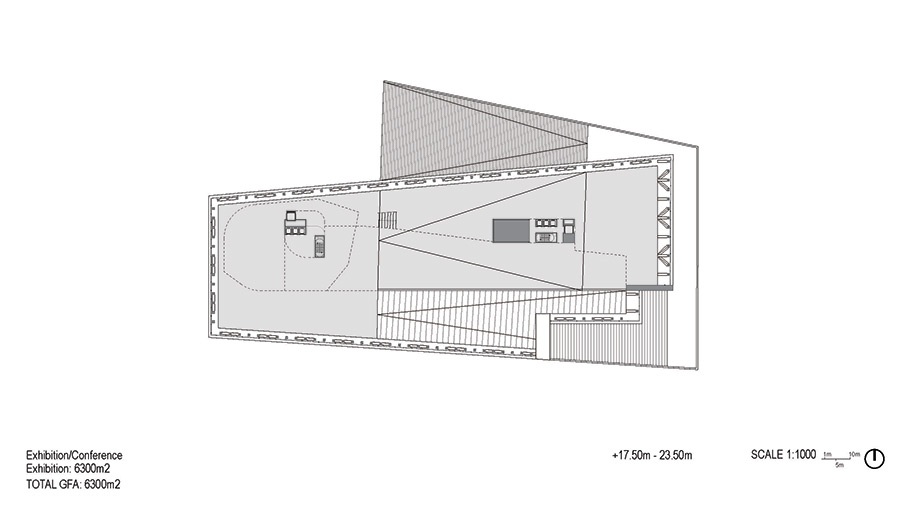 The Busan Hub of Creative Economy is a project which demands a new approach to the programming of space to best serve the needs of the ever-growing complexity of the creative community. No longer are the discrete and autonomous organizations of program suitable for the increasingly interdisciplinary way within which people are interacting and exchanging ideas. This proposal seeks out new ways of articulating a spatial idea free from the restrictions of discrete programmatic zones and untethered to linear conceptions of circulation and activity.

Ultimately, The Busan Hub of Creative Economy is an open vessel - a flexible and open arena for the exchange of ideas within a reconfigurable platform that is elevated above the city but also strategically connected to it. Its thematic content as well as its architectural expression are a confluence of Busan’s rising ranks as a city for creative culture and capital.